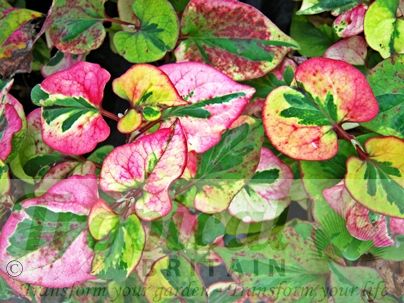 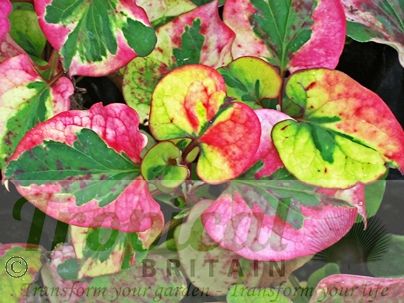 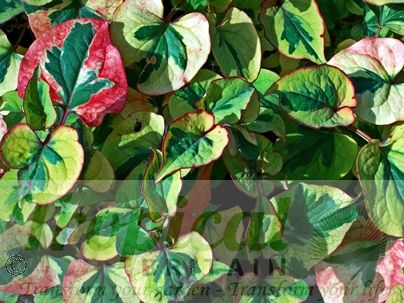 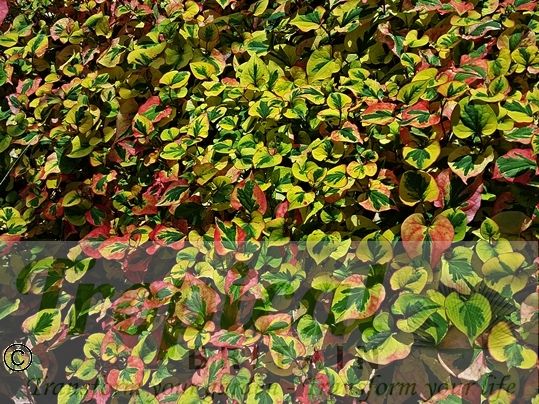 Houttuynia cordata 'Chameleon' is a vigorous matt-forming groundcover with an attractive multi-coloured heart-shaped foliage which has a curious and distinctive orange-peel aroma when rubbed. The variegation is striking and changes over time with each separate leaf manifesting a unique combination. In early summer, creamy yellows predominate often edged in red and then as the summer ends the reds and pinks start to dominate deepening as the autumn progresses.

The type species was first described by Linnaeus' protege, the Swedish naturalist, Carl Peter Thunberg in his Flora Japonica in 1784. The plant is used extensively in Asia for its many healing and health-promoting properties.

This is a cultivar that some people have described as garish, a view I don't share. It is no more garish than the winter coloring of a Liquid amber or a Japanese Maple. In truth, the infinitely varied colouration on the foliage of this cultivar is incredibly subtle and becomes more so the more you actually look at it.

Its bad reputation as an invasive plant should be taken more seriously. The type species is extremely invasive. The 'Chamaleon' cultivar is less invasive but it still should be used with careful forethought. In the UK, the further north you go, the less vigourous it is. In the south, it can be planted in a drier location which will help to inhibit its growth. But let's get real: if you don't want this plant to spread it needs to be planted with a restricted root-run in a large shallow container.

The virtues of this plant - if cultivated in a sensible manner - are many. Use common sense and ignore the arbiters of taste. 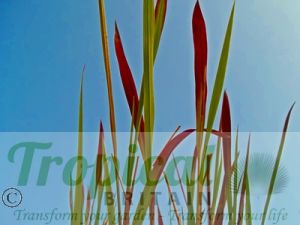