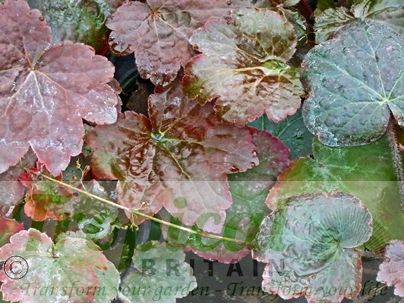 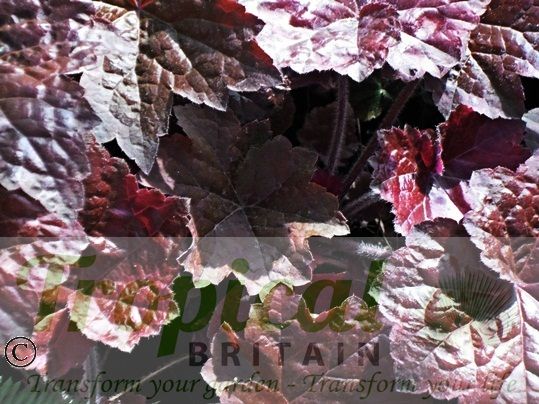 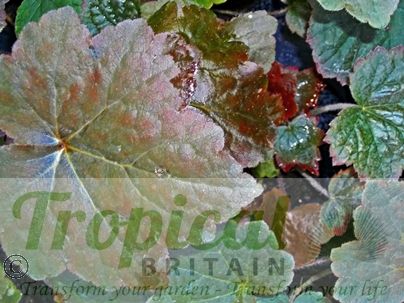 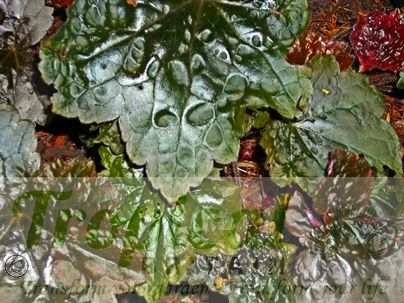 Heuchera 'Palace Purple'
Coral Bells, Alumroot
Size
ex 1L pot
Availability: Sold Out
£5.99
Quick Overview
You could receive 20 Palm Points for writing a review for this product.
Add to My Ideal Exotic Garden Add to Compare Email to a Friend
1  Review Add Your Review
Back to Main Product Info
Description

Heuchera 'Palace Purple' is an historical Heuchera cultivar of some importance as it was the first of the coloured foliage Heucheras and began the tidal wave of interest in Heucheras as foliage plants which has since swept the horticultural world. Heuchera 'Palace Purple' was first discovered as a chance seedling in 1980 in a seed batch at the Royal Botanic Gardens, Kew, by Brian Halliwell, AHRHS, who was the Assistant Curator of the Alpine and Herbaceous Department there for over 20 years, retiring in 1989.

There is a certain amount of debate as to the genetic origins of this cultivar and perhaps only Brian Halliwell and a trawl through the archives at Kew can clear it up. It was originally named as Heuchera micrantha var. diversifolia and is still often sold in nurseries as Heuchera micrantha 'Palace Purple'. It is probably a form of Heuchera villosa to which it is largely indistinguishable, having the same cold hardiness and seed morphology. Heuchera villosa is native to well-drained rocky wooded slopes from Virginia, Georgia and Tennessee and has a purple form, Heuchera villosa f. purpurea.

Whatever it origins, Heuchera 'Palace Purple' became hugely popular in the 1980's and was widely distributed, finding its way back to America where by the early 1990's it had created quite a sensation, further inspiring a number of notable nurserymen to what was possible with Heucheras and their future potential. Alan Bush, who had worked at Kew in the late 1970's, was among those nurserymen who brought 'Palace Purple' to the American public from his Holbrook Farm & Nursery at Fletcher, North Carolina. A darker and taller strain that he had selected was named 'Molly Bush' - after his daughter - and was produced commercially in Europe and again re-introduced to America. Blooms of Bressingham also took 'Palace Purple' to America and selected their own strain 'Bressingham Bronze' which has very crinkly leaves.

Heuchera 'Palace Purple' has a tallish lush mound of bronzy-purple ivy-shaped foliage with deep purple on the underleaf and delicate sprays of white flowers throughout the summer. As a foliage groundcover it is fantastic with frost-hardy year-around colour, a tolerance of a wide range of soil types and strong resistance to slugs.

Grows best in a rich moist but well-drained soil in part to full shade and clumps should be divided every few years to renew their vigour.

Show per page
Heuchera 'Palace Purple'
Coral Bells, Alumroot
Size
ex 1L pot
£5.99
You could receive 20 Palm Points for writing a review for this product.
Add to My Ideal Exotic Garden Add to Compare Email to a Friend
1  Review Add Your Review 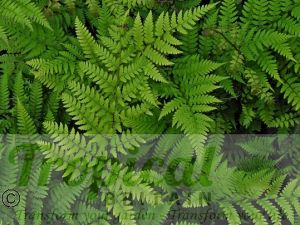 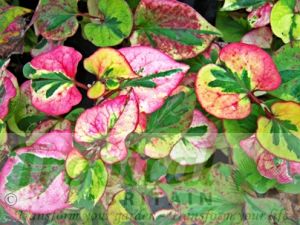 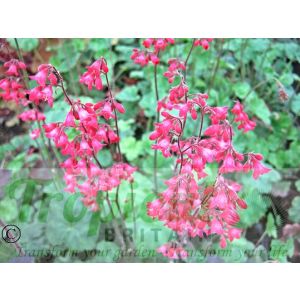 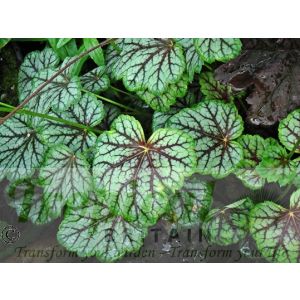