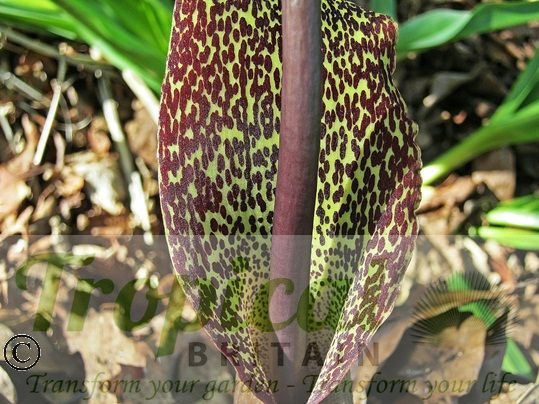 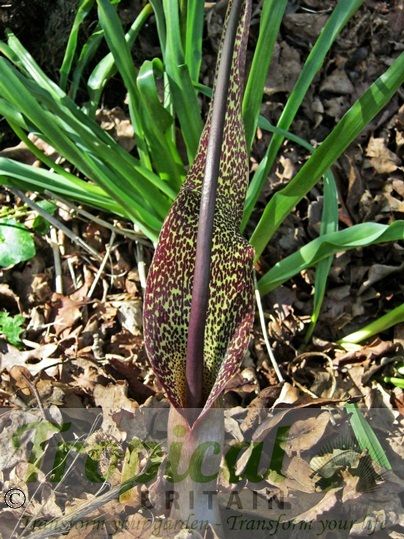 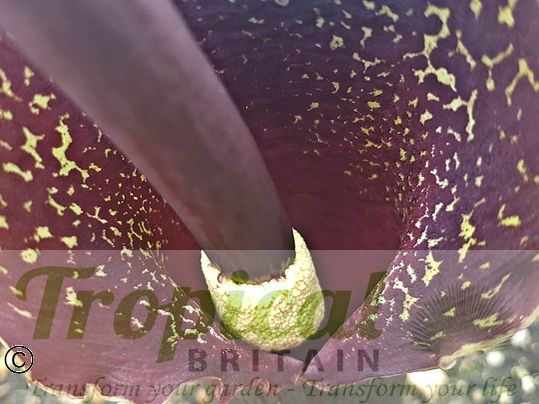 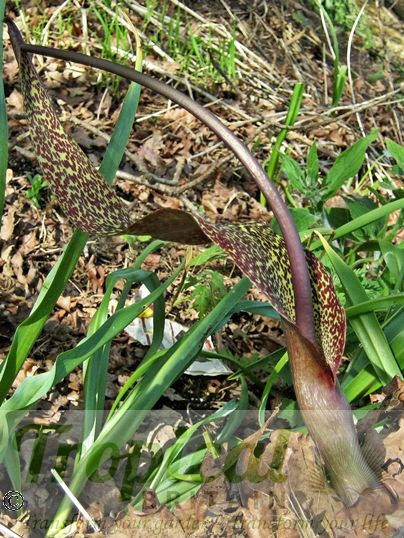 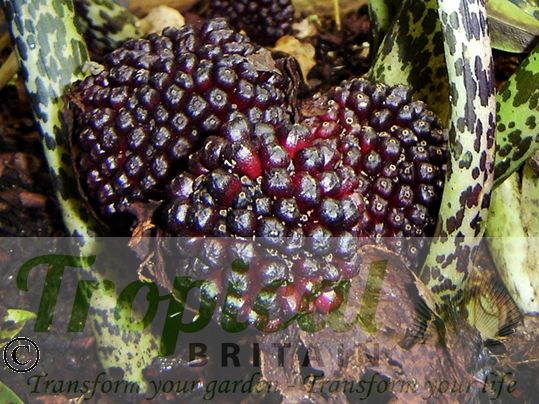 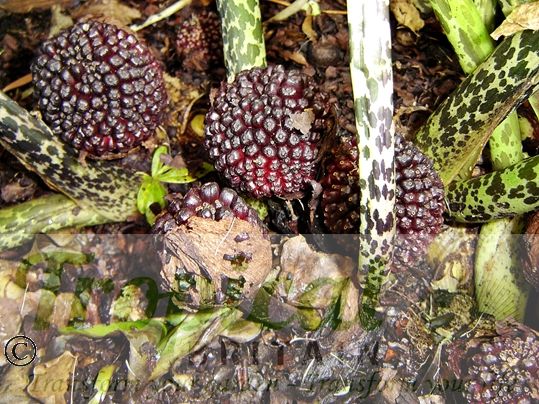 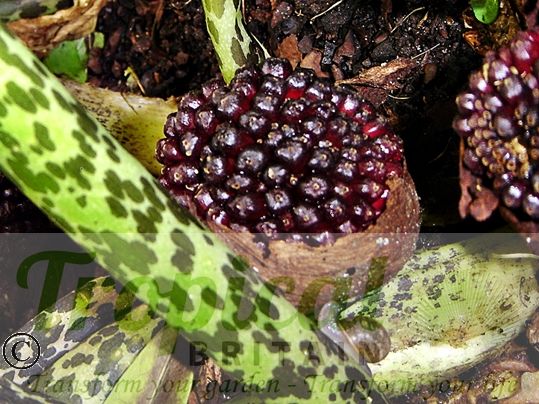 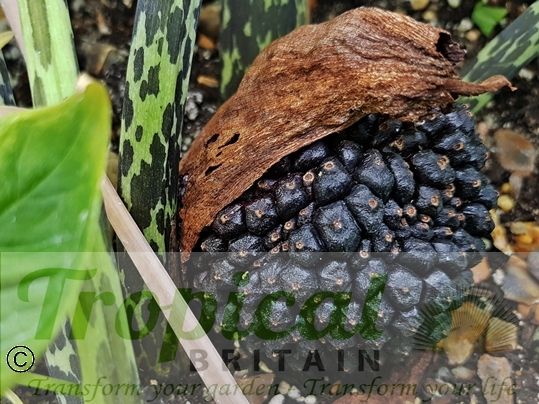 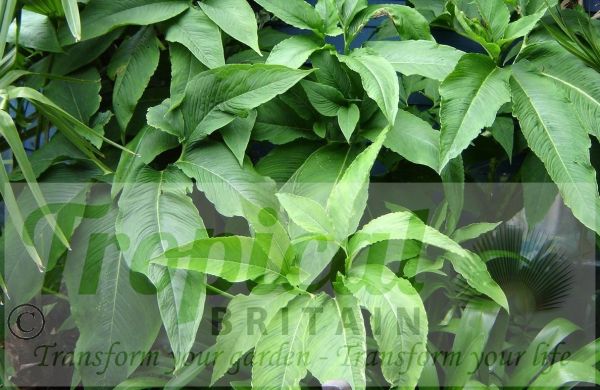 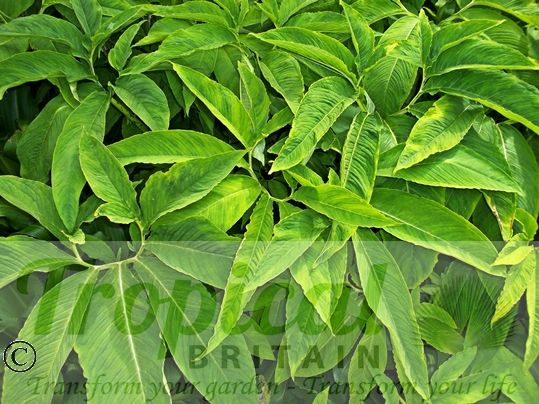 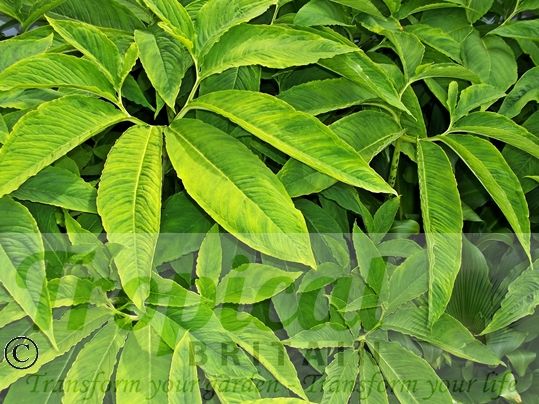 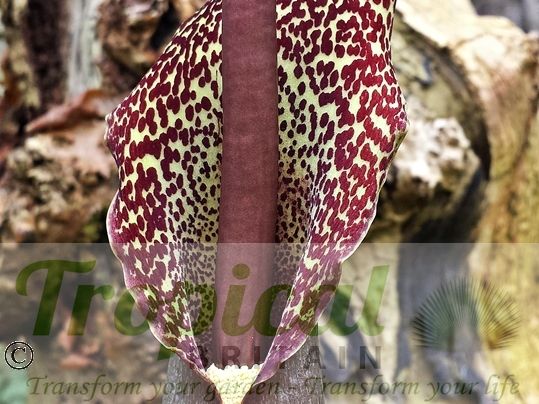 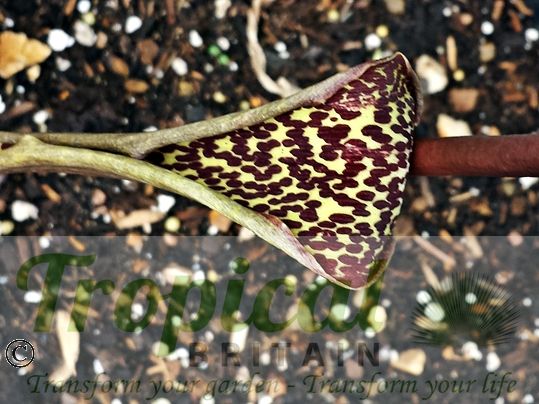 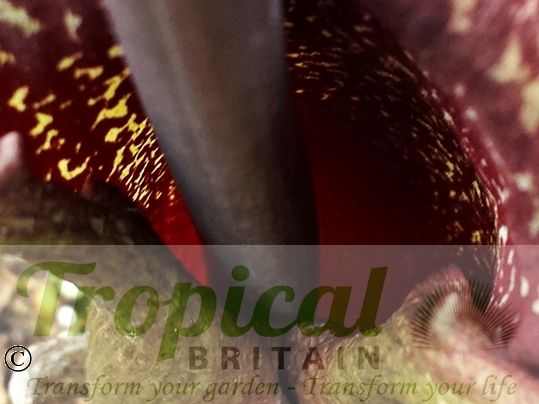 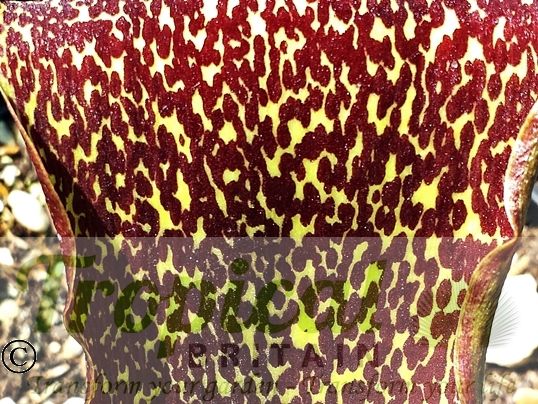 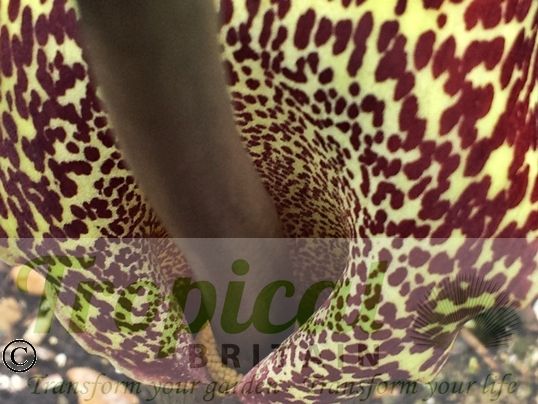 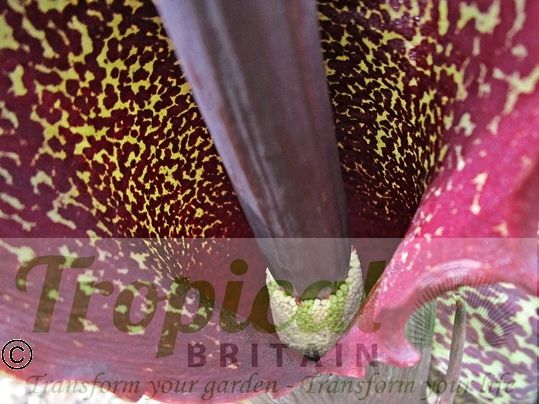 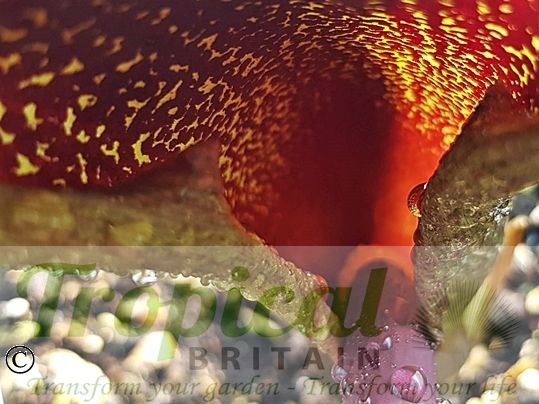 Typhonium venosum
Voodoo Lily
Size
Large tubers
Availability: In stock
£2.99
Quick Overview
You could receive 20 Palm Points for writing a review for this product.
Add to My Ideal Exotic Garden Add to Compare Email to a Friend
7  Reviews Add Your Review
Back to Main Product Info
Description

Typhonium venosum, the Voodoo Lily, was previously named Sauromatum venosum and has had a large number of taxonomoic synonyms over the years. Native to a wide geographical region from Africa across to China, this stunning aroid is one of the hardiest of all the exotic aroids and will thrive in most British gardens in a warm sunny spot. A very tropical-looking aroid, it has an extravagant exotic foliage, mid-green with a slight blueish haze, that is highly phototropic and leans dramatically towards the light.

In the late spring/early summer, the Voodoo Lily's extraordinary inflorescence, like some glossy grey-purplish-black horn, pokes out of the ground, growing rapidly, almost visibly, and it doesn't stop growing until it is about 2 or more feet tall, when, with its elongated poker-like tip and bulbous egg-timer shaped base, all resting on a short white lilac spotted stalk, it looks not unlike the horns of some emerging subterranean devil.

A large clump of these is particularly effective. As the spathe unfolds it reveals an intense black spadix which remains prominently and suggestively erect like a sinister black antennae while the spathe continues to fold back, displaying its internal pattern of rich purplish brown and pus-coloured yellow with a distinctly velvet sheen.

The spathe continues to unfurl over several days until it rests flaccid like a long mottled tongue, emitting a delightful fragrance which some people unkindly liken to rotten flesh but I personally think is more a strong melange of curry plant and fecal matter. After flowering, large clumps of dark purple seeds form, held aloft above the ground.

Show per page
Typhonium venosum
Voodoo Lily
Size
Large tubers
£2.99
You could receive 20 Palm Points for writing a review for this product.
Add to My Ideal Exotic Garden Add to Compare Email to a Friend
7  Reviews Add Your Review 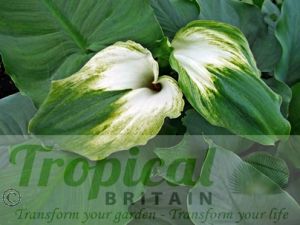 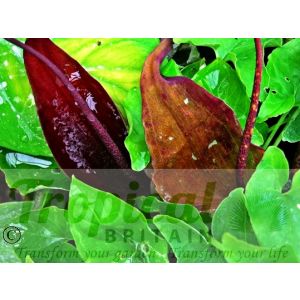