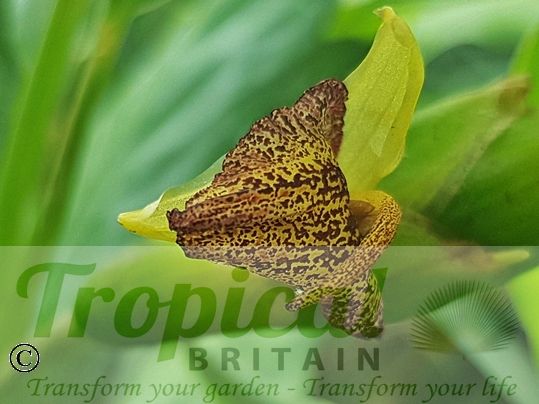 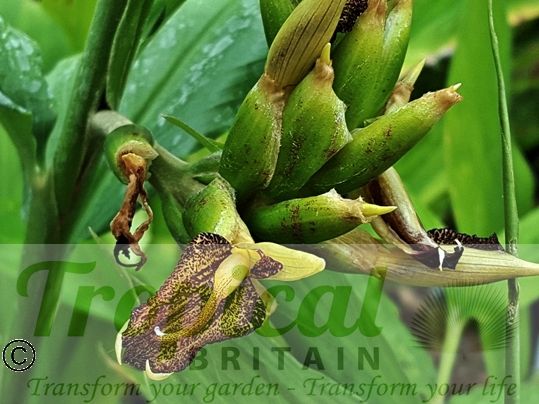 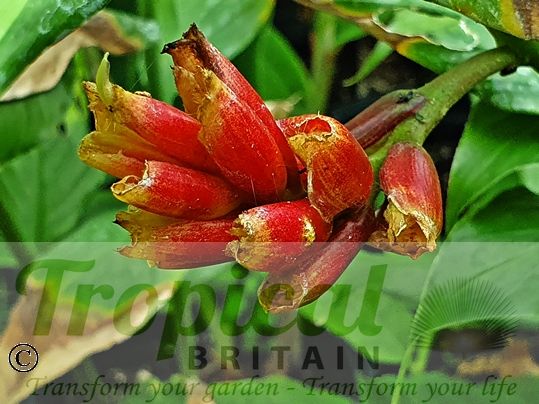 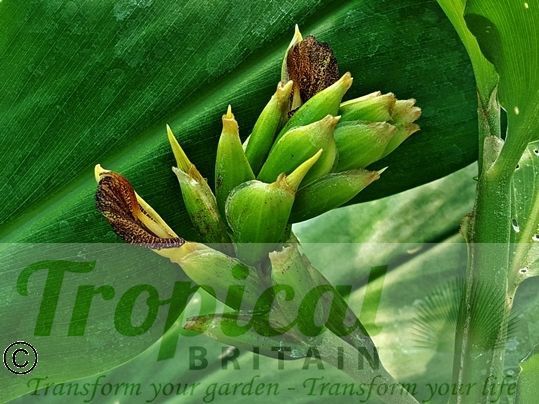 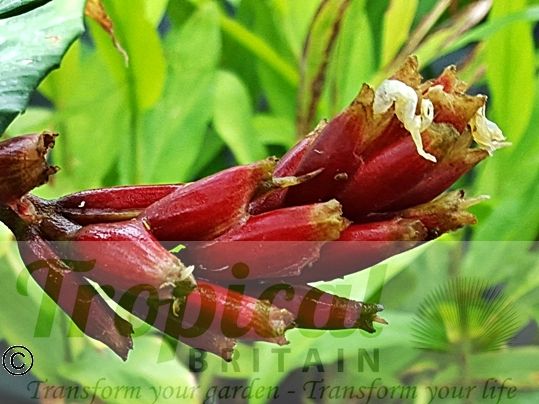 Size
ex 1.5L pots
Availability: Sold Out
£14.99
Quick Overview
You could receive 20 Palm Points for writing a review for this product.
Add to My Ideal Exotic Garden Add to Compare Email to a Friend
Review this Product
Description

Zingiber clarkei is an interesting and highly ornamental member of the Zingiberaceae from the Himalayas. It is a medium-sized ginger, growing to about a 1.5m with oblong-lanceolote leaves with distinctive ribs and a pale, slightly silvery-green colouration on the undersides. Unlike most gingers the inflorescence appears laterally from the stem. The flowers are an unusual speckled yellow-brownish colour and the fruit capsules turn an attractive bright red as they ripen.

Zingiber clarkei is named after Charles Baron Clarke who first collected it in 1870 in Darjeeling. Clarke traveled extensively throughout the Himalayas collecting and documenting a huge range of plants, amassing an enormous herbarium. He became the superintendent of the Calcutta Botanical Garden from 1869 to 1871 and after retiring from the Indian Civil Service in 1887, worked at the Royal Botanic Gardens, Kew

He lived at Kew until his death in 1906, donating much of of his herbarium to RBG Kew.

Zingiber clarkei is not often encountered in collections and should be grown more often. Its unusual inflorescence is a rewarding joy for the patient grower. It is one of the more hardy of the Zingibers and is relatively tolerant of the cold, surviving outside in warmer regions of the UK providing it has good drainage and a thick mulch during its dormant period in the winter.

Zingiber clarkei
Size
ex 1.5L pots
Availability: Sold Out
£14.99
You could receive 20 Palm Points for writing a review for this product.
Add to My Ideal Exotic Garden Add to Compare Email to a Friend
Review this Product