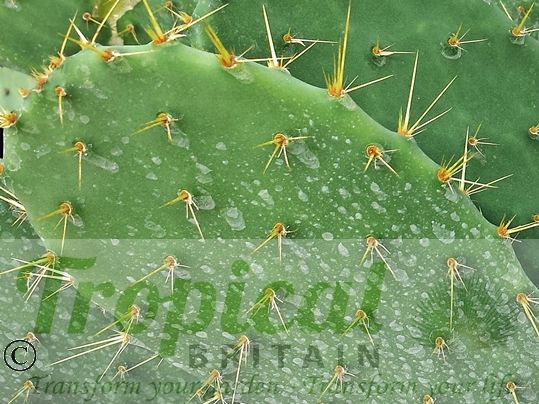 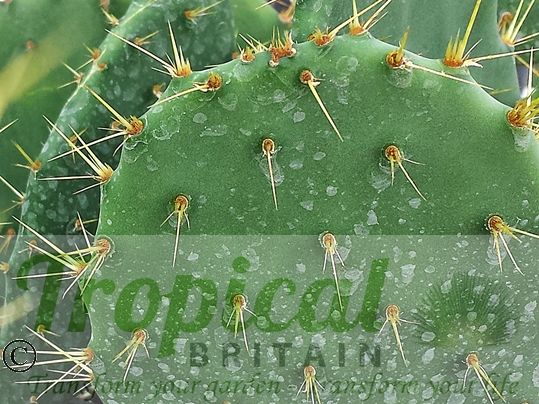 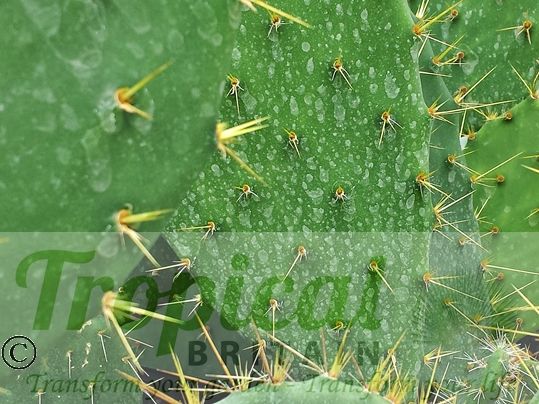 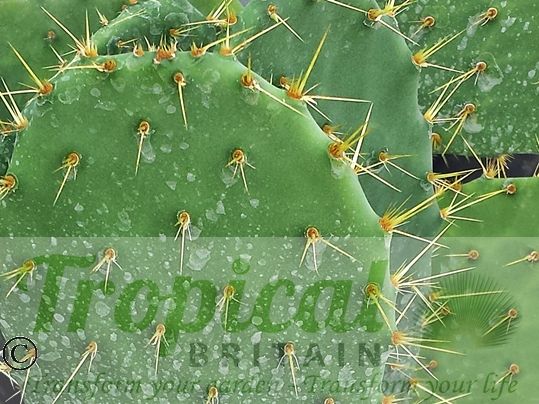 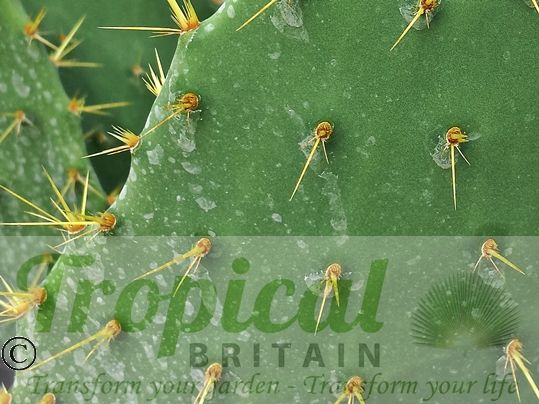 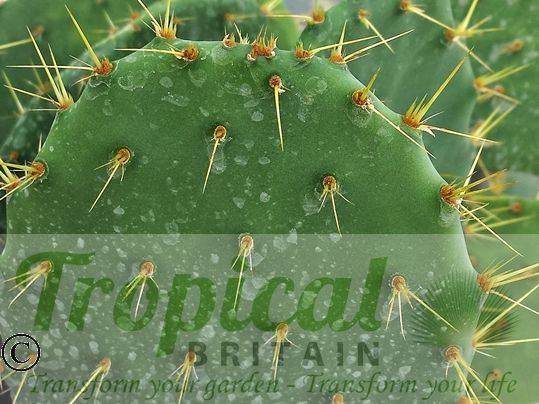 Texas Prickly Pear
Size
ex 1.5L pot
Availability: In stock
£24.99
Quick Overview
You could receive 20 Palm Points for writing a review for this product.
Add to My Ideal Exotic Garden Add to Compare Email to a Friend
Review this Product
Description

Opuntia lindheimeri - Beeville TX, is a tough Opuntia species from Central Texas that is hardy down to about -12C in the UK if given a free-draining substrate and kept as dry as possible in the winter. In its natural habitat it is often found in association with Mesquite (Prosopis juliflora) and grasses, in soils that are typically about 40-60cm deep above an accumulation of limestone. This is a climate that experiences episodes of relatively heavy rainfall followed by drought. The rainwater tends not to penetrate deeply into the soil and is absorbed rapidly by the vegetation. These mesic soils will from time to time retain some moisture but it is important nontheless to keep Opuntia lindheimeri as dry as possible in the typically wet UK winter. A warm south-facing aspect is also important, ideally in a raised bed with a substrate mix predominately of gravel, shingle and sand with just a little loam and very little or no organic material and to which has been added some limestone chippings. Shelter from cold north or northeast winds is sensible.

Opuntia lindheimeri is named after Ferdinand Jacob Lindheimer (1801-1879) who was the first permanent resident plant collector in Texas. At the age of 33, Lindheimer immigrated to America from Germany as a political refugee and at the invitation of George Engelmann, (whom this species as Opuntia engelmannii ssp lindheimeri is officially named after) Lindheimer spent two winters in St. Louis - where Engelmann was working at the Missouri Botanical Gardens - and made arrangements to work for Engelmann and his partner, Asa Gray, a Harvard botanist, as a collector of plant specimens. Lindheimer was active in collecting data and botanical specimens in Texas from 1843-1852, collecting  from a variety of areas, including Chocolate Bayou, Cat Springs, Matagorda Bay, Indianola, and Comanche Springs. In 1844 he settled in the German settlement of New Braunfels where he attempted to establish a botanical garden. In correspondence to Engelmann, on first arriving at New Braunfels, Lindheimer writes, "Forest, grazing land, and land for cultivated fields of the best quality are available. But what does that matter to me? Palmate yuccas, cactus, and mimosas and the fragrance and blossoms of them all, that’s for me. Here I have seen for the first time the total splendor of the prairies. Flower upon flower, richer than the richest Persian carpet…."  Forty eight species bear his name as part of their identification.

The form of Opuntia lindheimeri that we offer here originates from around Beeville in Central Texas. Whatever its taxonomic status, this is another wonderful addition to the list of Opuntia species that is hardy in much of the UK given a free-draining substrate. Frost-hardy, drought-resistant, tolerating salt spray and even surviving damage from fire, Opuntia lindheimeri is a tough ol' plant.

Opuntia lindheimeri - Beeville, TX
Texas Prickly Pear
Size
ex 1.5L pot
Availability: In stock
£24.99
You could receive 20 Palm Points for writing a review for this product.
Add to My Ideal Exotic Garden Add to Compare Email to a Friend
Review this Product 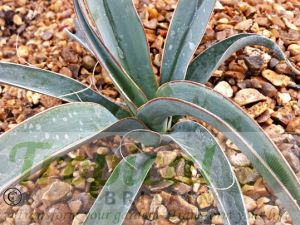 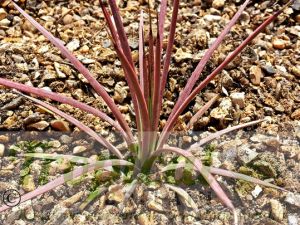 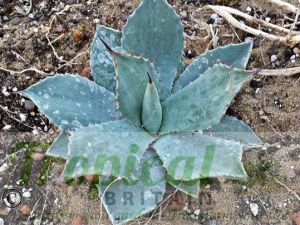 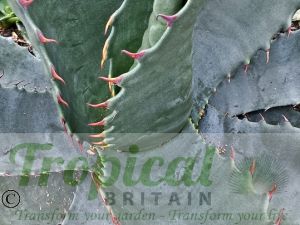 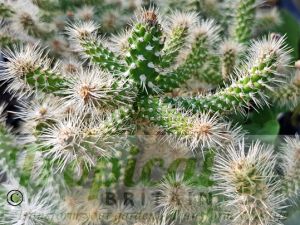 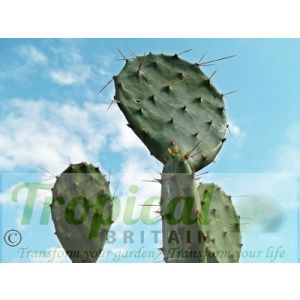 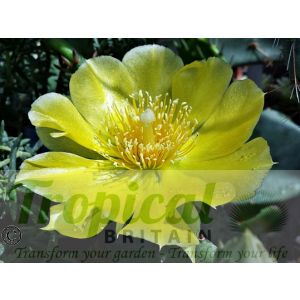 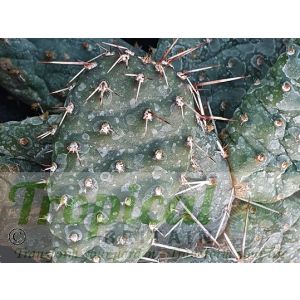 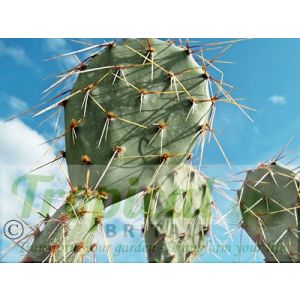 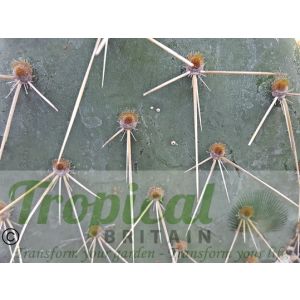 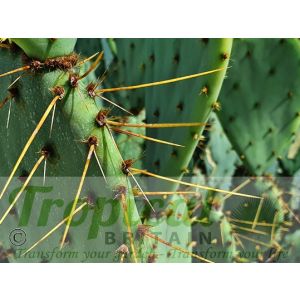 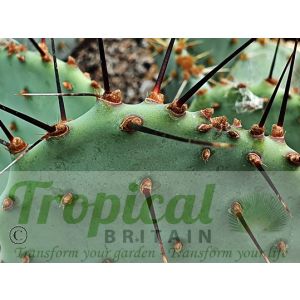 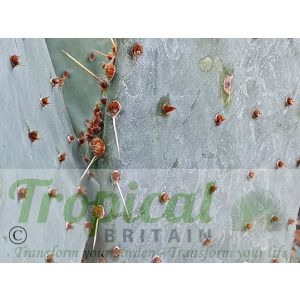