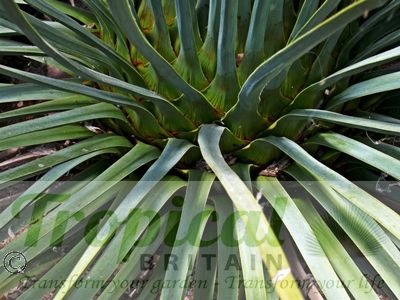 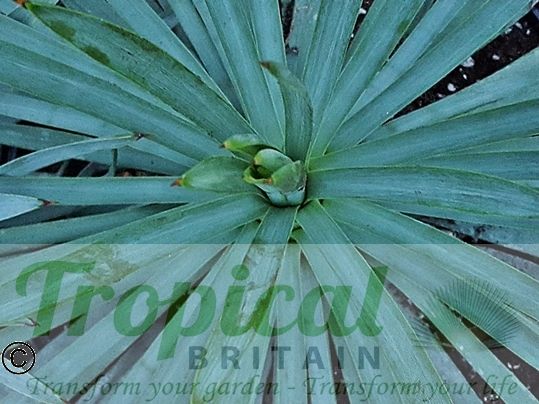 Hesperoyucca whipplei is native to Baja California and Sonora in Mexico and Central to Southern California (reaching as far north as Fresno County) and southwest Arizona in the USA, growing on dry higher ground, stony slopes and hillsides in coastal sage bush communities and chapparal to elevations of 2500m. It forms a dramatic low-level stemless rosette of stiff glaucous leaves, each tipped with a sharp spine. This extremely architectural plant, with it explosion-like form, its striking colour and long rigid leaves, makes for a highly-desirable addition to the drought-tolerant garden. It should be planted in a south-facing raised bed or on an incline in a very free-draining near soil-less but mineral-rich substrate comprised of rock, gravel and sand to which perlite and expanded clay balls have been generously added. Because of its sharp terminal spine it should be planted away from high traffic areas and a thick mulch of shingle or granite chippings will keep down weeds and protect the vigourous roots during winter. Cultivated in this way in a xeric garden it is hardy to at least -8 C and depending on local conditions possibly down to -12 C. During the more prolonged spells of winter cold it can be fleeced as added protection.

Its flowering process is a source of much wonder to anyone who witnesses it, as the very tall inflorescence - up to 5m in its natural state but usually smaller in cultivation - arises from the basal rosette at a very fast pace and shoots rapidly skywards giving it one of its common names: Our Lord's Candle. This tall thick flowering spike is a striking pinkish-red at its base and is topped with an enormous and very impressive panicle that opens out to a very showy display of fragrant white pendant bell-shaped flowers tinged with magenta-purple. A monocarpic species it dies back after flowering but will often reward you with several offsets.

DNA analysis of this genus now places it closer to Hesperaloe than Yucca in which it was previously placed and three species have now been recognised; Hesperoyucca whipplei, Hesperoyucca newberryi and Hesperoyucca peninsularis. Hesperoyucca whipplei is an extremely variable species and as we raise thousands of these plants from seed every year and see for ourselves the extraordinary variability even from the same seed batch, it is clear that it will be sometime before there is ever any taxonomical consensus about the various postulated varieties and subspecies of this species. Given this natural variability one wonders if it is even desirable to attempt to describe infraspecific taxa for Hesperoyucca whipplei.

In its native range it receives most of its rainfall in the winter and very little during the hot summer with its drying Santa Ana winds. This is a difficult cultivational regime to reproduce in the UK and best results will be had from reversing this process so that summer is the growing season and the plant is kept dry and as warm as possible during the winter. It is unlikely that it will need any extra summer water other what it receives from rainfall and in a typically British wet summer even this may be too much for it. Growing it in a raised bed or steep incline will ensure there is no standing water around its roots. During the winter - and even during the summer - a temporary platform cover of polycarbonate or perspex may be necessary to keep off excess rain. 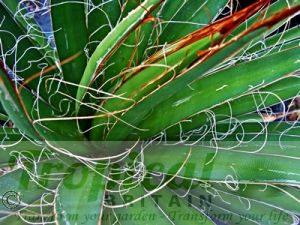